To be honest, I’m not really a huge fan of pre-shows.  Because you know that you’re just about to get on the ride, and you’re eager and ready… and then you have to sit through one more thing.  But if I had to choose to kill, refurb, or marry some, well, I guess I can make that decision.  There weren’t very many to choose from, but here goes!

The pre-show was the only part of Ellen’s Energy Adventure that I actually liked.  I enjoy Ellen, and her bit with Jeopardy is funny.  So my decision to kill it is more based on the fact that I’d like to see the entire attraction gone.  Or at least extremely change and updated and shortened.  But I wouldn’t be sad to see it go, and the pre-show would just be an unfortunate casualty of that.  Because right now, the only thing that Ellen’s Energy Adventure is good for is a nap. 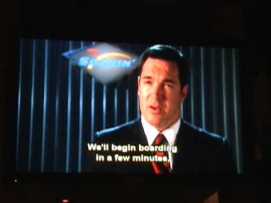 I enjoy the pre-show here too.  It’s cute, and who doesn’t love Patrick Warburton?  But I guess my problem is more with the pre-pre-show, if you will.  You know, that screen that is just of clouds and has the names of cities and place in California popping up on it?  It always feels like that stupid screen goes on forever, and you’re just standing there waiting to get on the ride.  So add more to the video.  Lengthen it so I can have some real entertainment while I wait.  The line for Soarin’ is usually long enough, and when you get to that last moment I feel like I’m standing around waiting for an hour to see Patrick Warburton.

I don’t know if this technically counts as a “pre-show,” but it’s a pre-ride activity so in my mind, it counts.  I absolutely love getting the chance to design a car in the new version of Test Track.  I know a lot of people like the old ride better, but for me, this interactive element is worth all of the changes.  My husband and I have a blast trying to design ridiculous cars, the most efficient car possible, etc.  It takes some time and it’s fun to do while you’re waiting.  Plus, after the ride you can play around with the car you designed and take pictures with it, put it in a commercial, and more.  When I visited with my parents last year we spent about an hour in the Test Track building (not counting waiting in line) just playing around with all of the cool interactive stuff!

Which Epcot pre-shows would you choose to kill, refurb, and marry?

Check out what other bloggers have to say on the topic at the blog hop below! 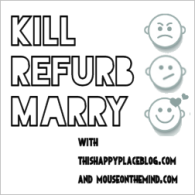