I’m very excited to be participating in the Tower of Terror 10 miler virtual blog hop!  It will be my first time running this race, and as the date gets even closer I’m eager to learn as much as I can about it.  So I’ll definitely be checking out the other blogs participating, and you should too!

When I first started running, this was one of the biggest questions on my mind: what on earth do I “need” when I go running, and what should I carry with me?  Through training and experimentation I’ve discovered what works best for me.  This, of course, will vary for everyone based on multiple factors: what distance you’re running, where/when you’re running, and what you personally need.  For the purpose of this blog post, though, I’m going to focus on what I’ll be carrying for the Tower of Terror 10 miler – since it is part of the Tower of Terror 10 miler blog hop, after all!

I know a lot of people like to travel light.  I’m not really one of those people.  I’d rather “be prepared” than find myself without something that I might need.  That’s true for regular traveling, but running as well.  So that being said, here’s what I plan to have on hand for the Tower of Terror 10 miler:

In order to hold the things I need, I need some place to put it!  I’ve experimented with lots of the options out there – SPI Belt, Armpocket, RooSport, fitletic – and while they all have their pros and cons, my favorite has been the FlipBelt.  You can read my full review on it here, but I like the convenience of having everything easily accessible while I run.  Plus it’s comfortable, doesn’t bounce, and I don’t really notice it while I run! 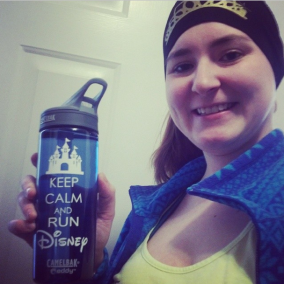 I know the majority of people don’t, but I always carry a water bottle with me when I run.  Staying hydrated is one of the most important things, and I’ve discovered that I need a lot of water to feel comfortable when I’m running.  Yes, they will have water stations, but for me it’s not enough.  I usually have a sip every 3-5 minutes.  So I will be carrying a 32 oz. water bottle.  The CamelBak Edy bottle is my favorite, because they have an easy flip up bottle tip so that you can easily drink while you’re running.  Especially with it being potentially quite warm in October, I know I’ll need the water to keep going.  I’ve also recently discovered BottleBand, which makes carrying my water bottle a lot easier.

For longer races I need some fuel to keep going.  There are tons of types out there, and you should probably try a bunch of them out to see what works best for you!  Gu gel is one of the most popular, and on the longer Disney races like the half marathon and the marathon they will actually give out gu.  But I really don’t like the texture of the gel, so for me I’ve found that Clif Shot Bloks are best.  I’ll be carrying a pack of those in my favorite flavor – fruit punch.

Whenever you’re running anywhere, you really should have some sort of ID on you at all times.  So I’ll be slipping my license into my flipbelt.  Some runners have ID bracelets, which is a good option as well.  In addition, I am going to have either my credit card or some cash in my flipbelt.  There is, after all, a party following the race!  And I know there will be some food/drinks for sale.  I have no idea if I’ll feel like eating, but I want to have money just in case.  If you have a credit card linked to your magic band that’s the easiest way to do it.  Of course everyone will need their magic bands since it’s your hotel room key too (provided you’re staying on property, like I am). 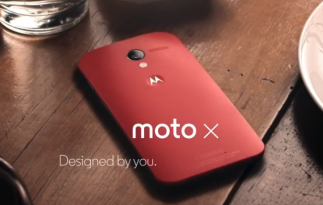 My phone is probably one of the most important things I’ll have, and when I say I’ll carry it with me I literally mean that.  When I run I use the Runkeeper app to check up on my pace and how far I’ve gone.  I check my pace so often that I just carry my phone in my hand when I run, rather than keeping it in my belt.  Plus, I’ll use it for photos with the characters along the way.  And then when the race is over and I want to meet up with my friends, I’ll have a way to contact them!  Since my phone will be getting a lot of use into the wee hours of the morning, I also need to make certain that I’m charging it throughout the day.

Yes, even though I carry my phone I still use an iPod as well.  I don’t have music on my phone (partly because I’ve been too lazy to figure out to do it).  My little iPod nano is perfect to fit into my belt, and it has my running playlist on it.  I’ll be using my yurbud earbuds with it because they don’t fall out! 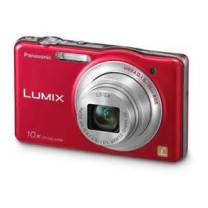 I’m still on the fence about this one, but I’m thinking about keeping my little point and shoot camera in my flipbelt.  I know it fits because I did this for the Enchanted 10k in February.  It’s not too inconvenient.  Pictures are probably the most important thing to me, and I’m terrified that my phone will die and I don’t have any way to take photos.  Plus, my camera takes better quality photos, especially at nighttime.  I’m thinking I’ll definitely want to take a bunch of pictures at the after party!

What will you be carrying when you run the Tower of Terror 10 miler?

6 thoughts on “Things to Carry with you When you Run: Tower of Terror 10 miler blog hop”