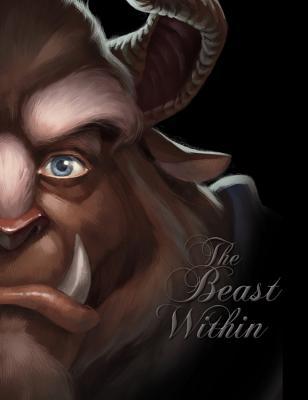 I had previously read Valentino’s other novel, “Fairest of All,” and I have to say I think I enjoyed this one even more. I was a little nervous to see what she would do with this story, as Beauty and the Beast is my favorite Disney movie, but I think it’s an interesting and entertaining take on the fairy tale.

Some people complain that the story has been changed “too much,” but to me that’s all part of this genre – I don’t know if it has an official name, but there are lots of these stories now that are twisted fairy tales, or fairy tales told from a different point of view, that sort of thing. And honestly, it’s the nature of fairy tales. Most of the Disney versions are already drastically different than the original fairy tales. And you can go into a library and read tons of different versions of Beauty and the Beast, each which have changed the story in their own way.

In this version, we get the story from the Beast’s point of view. Although we’re not given an exact age, we can suppose he’s a teenager old enough to be considering marriage at that time. He is portrayed as arrogant, selfish, and uncaring – much like his best friend (surprise!) Gaston. We learn about a couple of failed relationships that he went through and the events that led to the curse, as well as his falling out from society after he’s been cursed.

One thing I really liked about this retelling of the story was that it gave more of a motive for why the Beast was cursed in the first place. Sure, he wasn’t a great guy, but there are plenty of rude and selfish people that don’t get turned into hideous creatures. The idea that he had this horrible curse just because he wouldn’t let a random old woman sleep in his house always seemed a little bit of a stretch to me. In this version we have a more logical reason for why the beggar woman curses the Beast.

I feel like the writing and the writing style have improved a bit from the last novel. Although it still changes point of view at times, it does so in what feels like a more natural way. And while the prose isn’t stellar, it at least flows well and keeps you reading. Some of the excess description that I felt was tedious in “Fairest of All” isn’t here, so that’s good too.

In this story the Prince/Beast isn’t a great guy in the beginning, but we can see more of the inner workings of his brain. Why he does the things he does, and his rationale for doing them (though we probably don’t agree with him). It would be nice to see more of Belle, but understandably this is really the Beast’s story, and she just comes in at the end.

My biggest complaint about the book would be the ending – not necessarily the content of it (which follows the movie very closely), but more the pace. The last couple chapters of the book felt extremely rushed. The author spends so much time detailing the Beast’s downfall. But we know that he learns how to be a good person and eventually break free from the curse. However, this part is kind of glossed over and rushed through, which almost makes it a bit unbelievable. Yes, we can fill in the gaps with what we know of the movie, but we shouldn’t have to. I would have liked more time spent on the specific things that led him to be a better person.

Overall, I really enjoyed this take on the Beauty and the Beast story and thought it was a bit better than Valentino’s last book. If you like new takes on fairy tales, definitely check this one out!

7 thoughts on “Book Review: The Beast Within”