In honor of the Princess half marathon weekend (I completed the 10k!), I thought I’d share a running related craft with you all.  My friend Megan from over at Mouse Ears and Me decided we should make race bib holders one time when I went to visit her to do a 5k.  It’s a really great way to display your race bibs without taking up too much space.   Though this craft isn’t necessarily Disney related, it can be if you use it to display your Run Disney bibs or if you put a Disney quote or picture on it!

END_OF_DOCUMENT_TOKEN_TO_BE_REPLACED

It’s time for the letter T!  And in Disney, T stands for…

Tower of Terror!  I rode this in December for the first time in years!  Conquered my fear and actually had quite a good time 🙂

END_OF_DOCUMENT_TOKEN_TO_BE_REPLACED

Okay, so it might be the day after Valentine’s Day, but it’s still Valentine’s Day weekend!  Love is in the air, and I wanted to do a spotlight on some Disney couples.  They’re not exactly the “top three” or anything, but just some fun ones I wanted to feature!

The Beast and Belle 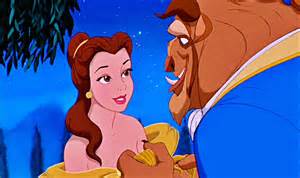 This is one of my personal favorite couples.  I know some people claim “Stockholm Syndrome,” but personally I think it goes beyond that.  Their relationship is beautiful because it’s about more than just appearances.  And not only does it go above appearances, but Belle is willing to get to know the Beast despite the fact that his attitude is pretty poor in the beginning too.  They were persistent in getting their relationship to work, and unlike a lot of other Disney couples, it wasn’t “love at first sight” for them and getting married after they barely knew each other.  Given what they’ve been through, you know there’s no problems they can’t handle as a couple.

END_OF_DOCUMENT_TOKEN_TO_BE_REPLACED

One of my favorite topics of all – live Disney musicals!  I love musicals.  I’m a theater person, so I enjoy performing in them and watching them, especially when they’re Disney related.  So I knew this was going to be a tough one to decide.

It’s fine, but I have no strong desire to go back and see it.  I liked Who Wants to be a Millionaire better, so I was sad to see that go.  And I feel like American Idol has reached its peak and is now on the decline, so I’m guessing it won’t be too long before it feels outdated and irrelevant.

END_OF_DOCUMENT_TOKEN_TO_BE_REPLACED

When I think about “Disney Love,” I of course think about my husband and I!  To start off with, I wanted to share a sweet story from last year’s Valentine’s Day.  I had planned a girls’ trip to Disney over President’s Day weekend, and it turned out that I would be leaving on Valentine’s Day.  A few days before he gave me a bouquet of roses, so I would have a few days to enjoy them.  Well, right before I left I noticed there were 11 roses instead of 12.  I thought it was a bit odd but didn’t say anything.  When I arrived in Disney that night I found this waiting in my hotel room: 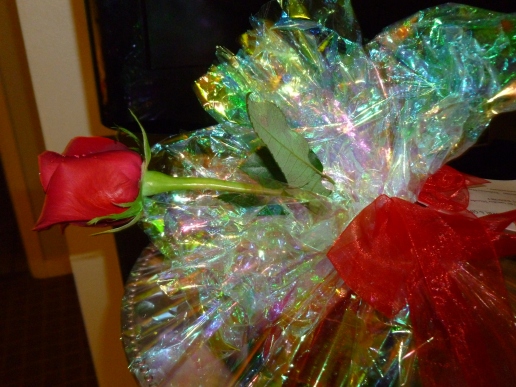 It was the “missing rose”!  He had ordered something through Disney with a single rose and a box of chocolates.  I thought it was the sweetest thing, and very creative.  That’s my Prince Charming.  So in honor of him, here are some of my favorite photos of us together in Disney:

END_OF_DOCUMENT_TOKEN_TO_BE_REPLACED

If you haven’t heard of it, the Kitchen Sink is an ice cream lover’s dream.  It’s eight scoops of ice cream, every topping in the house, and a whole can of whipped cream.  Yup, that thing is huge.  And when they say every topping, they are not skimping there.  I’m talking whole brownies and an entire snickers bar.  Just to be cute, it’s even served in a bowl that looks like a kitchen sink.  Oh, and if you order it, the lights flash and the staff has a little chant to go along with it.

END_OF_DOCUMENT_TOKEN_TO_BE_REPLACED

When the theme of the week is February Calendar shots, of course I had to go back and look at my pictures from my trip last February!  Here are a few of my favorites, that I think would look lovely on a calendar.  One from each of the 4 parks:

END_OF_DOCUMENT_TOKEN_TO_BE_REPLACED 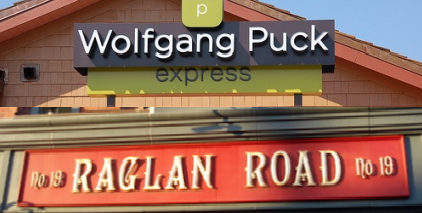 It came down to two.  Raglan Road vs. Wolfgang Puck Express.  One is a fun, lively Irish pub, and the other is one of the most popular quick service locations in all of Disney World.  Which one would be victorious?